Tilt tray manufacturers initially envisioned this as the main use of their trucks. A car that requires towing or simply transportation is either winched on to the bed of the truck or driven on. Most slide bed tilt trays are equipped with winching apparatus that aids in pulling the car on to the bed of the tilt tray. The tilt trays have hydraulics for raising or tilting the head of the bed which in turn lowers the lower end. The result is an inclined setup easy for a car to be winched on or driven on. Once the car is safely on the bed, the hydraulics again lowers the bed to a flat position on the trucks back. The car can then be carefully fastened and the slide bed tilt tray tows it away.

Slide bed tilt tray manufacturers, such as Tea Gardens Engineering Pty Ltd, configure the machines to handle different weights. It is important to know the exact amount of weight the tilt tray can handle and not tow a car exceeding this.

Slide bed tilt trays have found much more use in the transportation industry thanks to container use. The flat nature of the slide bed makes it more suitable to carry containers.  The container is winched on to the flat bed and then fastened. Once delivered to the destination, the truck reverses to the point where the container is to be placed. The truck bed then tilts to touch the ground surface and the container can be slid off and onto the position it is needed. This use has also inspired the use of tilt beds in moving site sheds.

Slide bed tilt trays are also being used more frequently to transport heavy equipment and wide loads. Such equipment would be difficult to deliver to desired locations without slide bed tilt trays.  Tilt tray manufacturers make these wider and with more power. They also customize several hydraulic options within the truck to reduce the risk of damaging the equipment when loading and offloading. 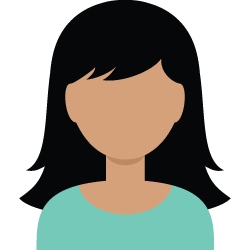